The irrepressible Trevor Ashley, having taken the West End by Storm in London with Liza Minnelli ( Liza on a E), Is now starring in the new Australian Version of Les Miz. The Cast was announced on Wednesday in Melbourne and our Trev shone as Master on the House, Monsieur Thénardier from July 2014. He, of course, is still available for fabulous events till then. Congratulations Treasure!! 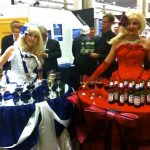 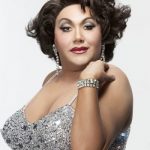