We have been very busy ! We have been very busy! Juhoolia shooting around the country meeting lots of new folk and meeting up with Charlie Teo and Bob Hawke. Diva Strolling tables are in hot demand after a brilliant photo shoot. Thanks to all involved. Priscilla is HOT! Tom Sharah and Rohan Seinor have joined the team and wowed them at Uluru with Dean Vince and Kurt Phelan joining them.  A James Bond Video shoot with Ramsay Health Care at Jupiters, Kath and Kim terrorizing the Blue Mountains and the House with No Steps fundraiser. The Airline show recruited Rose Hancock as a “fright attendant” Julhoolia appeared at the Qantas revue. Adn NOW the festive season begins!! Deck the halls with crates of Bolli! 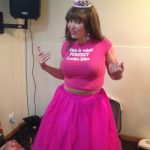 The debut of Diva Strolling TablesUncategorized This week has been fab!Uncategorized